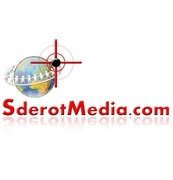 Export to Outlook or iCal (.ics)

As part of an international media tour, Jacob Shrybman, Assistant Director for Sderot Media Center in Sderot, Israel will be visiting Portland to provide a rare glimpse of the Israeli experience along the Gaza border.

According to PASCA President, Tamar Boussi, “Sderot Media Center (SMC) is the only organization on the ground in the western Negev that represents the human story of the rocket reality that now, over one million Israelis face. And currently, there is not a more perfect example of the human tale to be told there, than that of SMC’s Community Treatment Theater.”

The Community Treatment Theater is a therapy project funded and facilitated by SMC and located in the heart of Sderot. The program is exclusively for the benefit of young women attending high school there, who have endured over eight years of rocket fire from Gaza. As a form of recognition, rehabilitation and resolution, these teens spend ten months writing, rehearsing and finally performing their interwoven stories before a live audience.

“As seen during the recent Operation Cast Lead,” explains Shrybman, “the war for Israel’s sovereignty is not being fought in tanks and tunnels, but rather, in newsrooms, newspapers and web sites around the world. Our goal with the Community Treatment Theater is twofold: give these amazing children the opportunity to peacefully retaliate by making their untold stories heard, find strength in their courage to share them, and hopefully attract the recognition of the Israeli and international public. Ultimately, with enough exposure to diverse audiences and increased media coverage, this theater program will impact public opinion not only on the Israel-Gaza conflict but also on how the world views the broader Arab-Israeli conflict.”